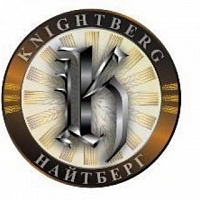 On the taps in our pubs - a very interesting beer from St. Petersburg. Hurry to try it!
"Knightberg Porter" - a rare representative of the classic Baltic porter. Historically, this type of beer was born under the influence of Russian Imperial stouts as derived from English porters and is traditional for the countries bordering the Baltic sea. created specifically for lovers of dense varieties of dark beer. is made within 6 months.- is the pride of the brewery because of the difficulty to manufacture.